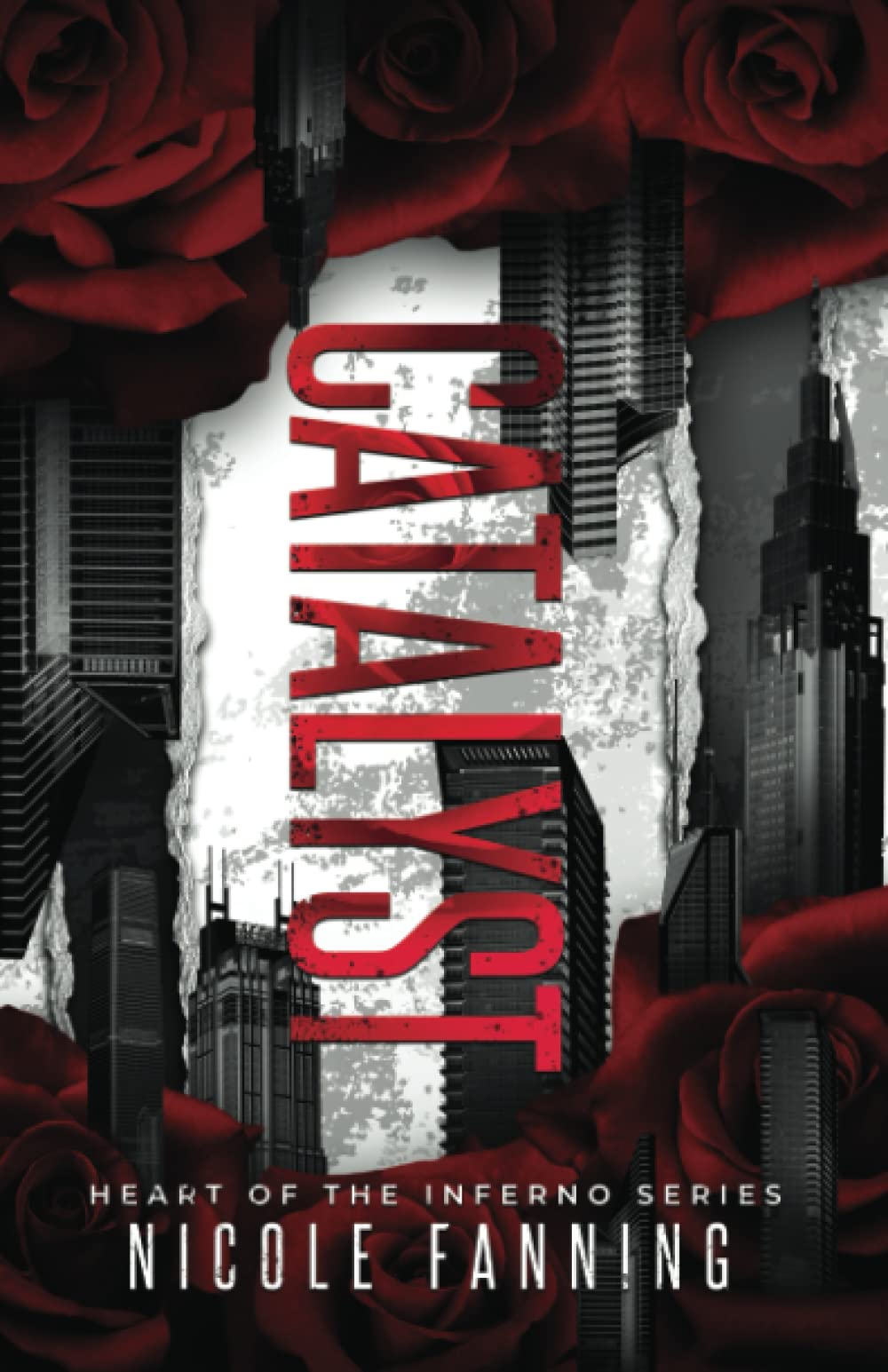 Catalyst is the first book is the debut series by Nicole Fanning. This book started and the first couple of chapters really left me hooked as the chapters were alternating between Natalie and Jaxon’s point of view and the reader gets a good insight into both of their brains. The reader will never have to guess what the other person is thinking.

The narrative gripped me and the first ten chapters flew by and I was anticipating each one. However, by the time I got to the middle and then when I hit the end, I was a bit disappointed on where the book took me.

I liked the fierce personality Natalie showed in the beginning when dealing with Jaxon but when it came to literally anyone else in her life, it was like she was a walking, talking, doormat and from handing Jaxon his ass to being timid to everyone else, and I couldn’t understand why there was such a big discrepancy.

The story was also a bit farfetched in the drama that happened. Yes, this book is about the Mafia and most people can only dramatize about the ins and outs of the Mafia unless they are in a family but it still was a bit… much. This story also spanned only 4 days… yes, 4 DAYS! If it would have stretched the timeframe a bit, I could see more of the believability. But with everything going on and the relationship drama, it was basically insta-love. It would, in my opinion, increase believability if they were undying soulmates in order for the insta-love part to be credible. This book ALMOST got there, I definitely felt a bit of the chemistry but with everything happening, I did not fully invest into it.

The descriptions were being told to me rather than letting me experience and feel them in my being. Like, I get it, he/she kissed you passionately, hungrily, etc BUT make my vagina feel that! She was quite put out by all the telling and not the experiencing. I usually can skip over it and just continue on but it pulled me out of the book a few times, especially when things were getting a bit spicy, which cooled off my libido a bit.

Now, you might be thinking this book wasn’t good or that I didn’t enjoy it but that is not the case with this one, at all. I DID like it but I could have LOVED it. The story itself was intriguing with the Mafia world and the different families and how they controlled the city.

The pace was fluent in it’s highs and lows and it kept me turning the pages. The characters kept me wanting more and the author did an amazing job really making me fall in love with almost every single one of them. There was also humor and a lot of moments where I swooned a bit because it was just really cute. I also really liked the banter between everyone in the book and I could picture myself inside the story, which really makes me love a book. I want to get lost in its essence and this story did that.

I just wanted less words and more experiences as she did in a few scenes, and I wanted more of the “he picked me up and carried me to the bed, his body covered mine, and his lips never left my body unless he was taking off of my clothes.” This also applies to other parts that weren’t sexual in nature. I kept being told he was angry. Ummmm yeah, what he just did to that person definitely shows he’s angry.

I know some people like that in books, so, if you are into that sort of thing, you will absolutely devour this book the way I did but just in a different way.

If you are like me and feel the same, I still say give this book a chance because Nicole Fanning is definitely one to watch because her creativity is astounding and for this being her first book… ever, that is completely impressive to me. In fact, I liked the premise of the book so much, I saw the second in the series is out and went ahead and downloaded it to read soon. I need to know what is going to happen next!

Nicole Fanning did leave this book off for more in the future but it doesn’t end in a cliffhanger, which I appreciate.

Lastly, I will say the covers are gorgeous both the previous versions and the new versions, they are definitely eye catching. The spice in this book is also perfection. It’s the dominant authority type that really is not appreciated in real life but in books… well, just take me! 😉 I look forward to reading Ignite next!

Get it on Amazon || Goodreads

This book review was made by The Book Trollop, you can further support her work on BMAC.

Submit your book for a review here.